Originally we had planned to go somewhere fun for New Years Eve, but due to insane hotel prices we decided we would stay in. The last New Years Eve I spent in Germany I had meat fondue  and I figured it would be fun to do again. My cousin called some of her friends and suddenly we had ourselves a New Years Eve party on our hands.

We made three dipping sauces for the meat fondue, one with cucumber and dill, a curry sauce, and a Dijon honey mustard sauce (fun fact: European Dijon is MUCH spicier than Canadian Dijon). Melissa baked some Black Forest cupcakes and she made some tomato and mozzarella cheese as an appetizer. Melissa’s two friends, Catarina (Catta) and Johanna (Honey) arrived and brought the fondue pots, home made chocolate, and two kinds of salad!

The night took a classy note, with our bartender, Gavin, making Strawberry Daiquiris, Melissa’s favourite drink, Caipirinha (which is like a Mojito) and Sex on the Beach.

After some fondue we went outside to light fireworks and sparklers for midnight. In Germany for New Years Eve anyone can buy fireworks when they are 18 and there is no limit and they are cheap. At midnight we heard a nonstop thundering of fireworks from the neighbouring villages for more than an hour.  Gavin bought some tall shooting fireworks, I chose “Lord of the Lights” and Melissa picked a battery pack. Melissa had the best fireworks, the battery was easy to light and pretty to watch, unlike me and Gavin’s fireworks.

Following our firework display we went back inside to have some of Melissa’s Champagne left over from her birthday and open the New Years Eve crackers that were pretty disappointing  The crackers had bizarre orange plastic pieces inside and no hats…The Champagne was a bit tarte but I did not mind it. We then played a German version of “Sorry!” called “Ludo” but it was a drinking game with little shot glasses instead of game pieces.

New Years Eve was a bit quieter than originally anticipated but at the end of the night I couldn’t imagine myself anywhere else having a better time. 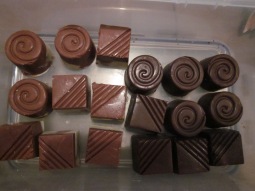 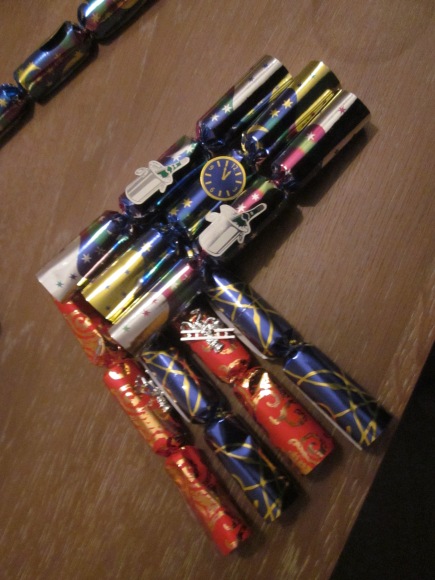 Crackers (the fun ones) 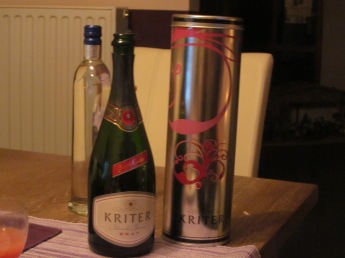